HUFFINGTON POST - Morena Duwe: “The intensity of his spirit paired with his musical prowess (...) will make this album soar.”

Like an unintentional conductor, music can dictate the emotions and atmosphere of one person or an entire stadium full of people. Some musicians are drawn to the dreamy, optimistic sounds of pop while others choose a darker, more obscure musical path. With so many existing genres, and more being created daily, few artists truly find their niche and stick with it.

The music of conscious singer/songwriter, Ben Lorentzen, is characterized by his lyrical candor, lush arrangements, and emotive tones. Dubbed as “acoustic pop noir,” he has chosen to step into the darker side of the human condition, tapping into the realest realms of truth and emotion. Reminiscent of acoustic greats such as Elliott Smith, Nick Drake, and Nick Cave, he shares their melancholic sentiment, but infuses his tracks with moments of ethereal sounds and diverse soundscapes.

“It started out with my mum singing me sad songs before I can remember,” says Lorentzen. “She told me I would cry and beg her for more.” The cathartic words of his mother resonated deeply within Lorentzen, setting the trajectory for his musical career. Both contemplative and genuine, his haunting music has caught the attention of Paal Flaata (known as “the Johnny Cash of Norway”) and songwriter Leslie Grace who have both performed his tunes.

Currently based out of New Jersey, Lorentzen has already performed at legendary venues such as the Hammerstein Ballroom in New York, the Whiskey a Go Go in Los Angeles as well as smaller historic clubs such as Cafe Wha? and The Bitter End. He released the album Here and There with his earlier band, Brent, in 2002 and generated a top 40 radio hit with the single, “Need to Need You.” However, it is his solo album America which he released in May of 2015, that is solidifying his signature sound and establishing his true fan base. The album America opens with “My American Revolution,” a track that sets the tone but also surprises and entices. Taking elements of world music, a haunting bass-line and some very subtle electronic processing, Lorentzen’s breathy vocals lure you into the album like the beginning of a vivid story. The theme of American acoustic folk music carriers throughout the album. Lorentzen utilizes the banjo and harmonica on the slightly sardonic track, “Heaps of Ashes” which offers a Bob Dylan vibe, who is one of his early influences.

His political and philosophical stance are most eloquently and brashly displayed in the track “Masters of War.” Unabashed and unafraid, he describes a governmental power and unbalance that can no longer be kept secret. Because the cadence of the song is simple and rhythmic, the ear and mind are fully focused on the lyrics. In the final verse of the song, he fervently sings:

So let me ask you one question:
Is your money that good?
Will it buy you forgiveness?
Do you think that it could?
I think you will find
As your death takes its toll
All the money you make will never buy back your soul.

One of the most poignant tracks on the album, Lorentzen proves that his message is as important as his composition. Keeping activism through music alive, America is an album that is both simple and complex, as he delves into the multifaceted and extreme spectrum of humanity. The intensity of his spirit paired with his musical prowess creates an evocative combination that will make this album soar.

With a sound described as “beautiful and melancholic”, you’re sure to love the new album titled “America” from musician Ben Lorentzen.Ben Lorentzen is certainly one talented individual. Not only does he pen his lyrics himself, but he is also the vocalist and player of several instruments heard throughout the album, including guitars, bass, piano, banjo, organs, and synths. Talk about a one-man band!Fans of musicians such as Nick Cave, Elliot Smith, and Leonard Cohen rejoice, because Ben’s similar use of “heartfelt lyrics and lush arrangements” will be right up your alley.The musician describes his work as “Acoustic Pop Noir”, and after listening to all 11 songs on his album, I think this sums-up his style perfectly. The first song, ‘My American Revolution’, begins with a slow and steady guitar riff and soothing vocals. Ben sings the beautiful lyrics:“This is my American revolution, I have always been a wanderer, Never quite been so alone, Sail across the sea on Mayflower, Sail across the sky to the sun.“

‘Evergreen Tree’ is another song from the album I enjoyed so much, that I listened to it quite a few times. The musician’s incredible vocals and talent for writing beautiful lyrics are really evident in this track. I also loved the ambient sound, heightened by the inclusion of a violin playing in the background.‘These Sudden Changes’ is another song that won me over with its soft vocals and uplifting, orchestral music. ‘Jesus, John and I’ was also a favourite, as I just loved its poignant, melancholic and heartfelt tone.There are also two songs which are quite different to the others – ‘The Ugliest Girl in the World’ and ‘Heaps of Ashes’. Perhaps it was their darker tone or the way in which the lyrics didn’t quite leave me feeling as uplifted as the previous songs. Either way though, both of these songs showcased Ben’s ability to tell quite in-depth and unique stories through his music.

Ben has already collaborated with people such as Brian Hardgroove (Public Enemy) and Rie Tsuji (Beyonce), plus he has played his music in iconic locations such as The Hammerstein Ballroom in NY and Whiskey a Go Go in LA. It’s safe to say that this is one musician you’ll want to watch, because he is set for even bigger things in the not-too-distant future!You can stream Ben’s new album “America” for free on Soundcloud, and please be sure to check out hiswebsite and Facebook page to keep updated with his work. Enjoy!.

SPEAK INTO MY GOOD EYE - Mike Mehalick: "... Ben Lorentzen draws you into his darkly cathartic narrative world below"

People who know me are likely aware I hold a long time affinity for the works of Nick Cave. If you come to my apartment, you’ll find this towel hanging on the handle for my oven.

Acoustic-noir is a genre that works in stark contrast to a multi-million person inhabited, sky-scraper punctuated city scape. That seems to suit accomplished songwriter Ben Lorentzen just fine as he walks the New York and Union, NJ streets in thoughtful retreat, looking for that soulful, divine light in the darkness.

On where this proclivity towards his somber approach to songwriting, Lorentzen shares, “It started out with my mum singing me sad songs, before I can remember. She told me I would cry and beg her for more.”

In the performance video for single “The Ugliest Girl in the World,” Ben Lorentzen finds the beauty despite the flaws with looping electronic elements reminiscent of Spoon‘s “Inside Out” and with a vocal delivery and tongue of a subdued Dan Bejar of Destroyer and The New Pornographers fame.

Watch as Ben Lorentzen draws you into his darkly cathartic narrative world below with “The Ugliest Girl in the World.” Find more from the artist here. 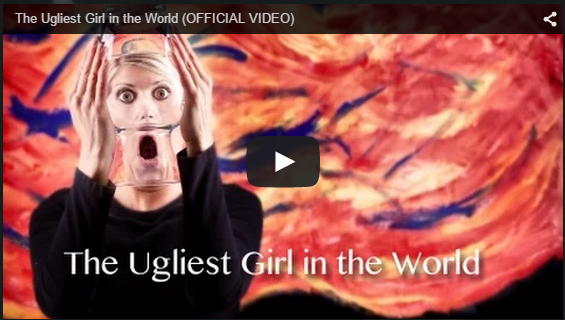 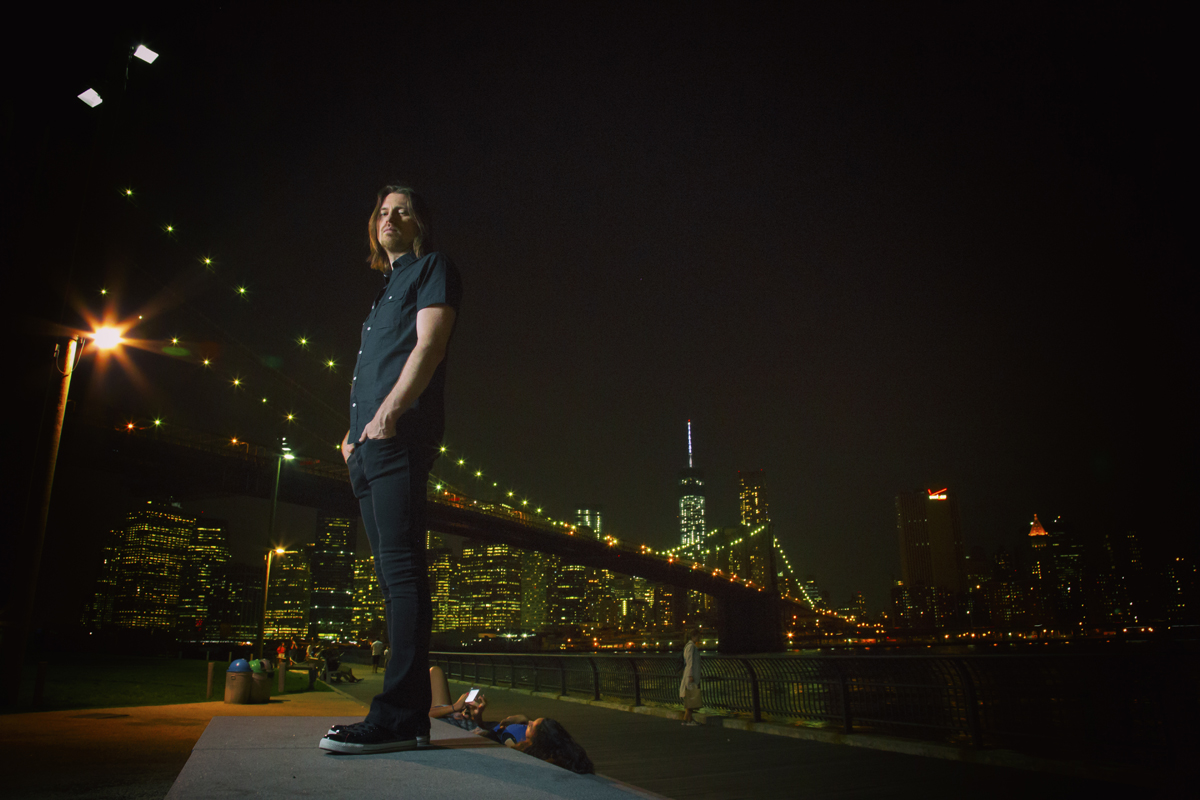 Ben Lorentzen – “The Ugliest Girl In The World”

Branding himself an “acoustic pop noir” artist, Ben Lorentzen’s dark yet accessible sound comes straight from the soul. The New Jersey singer-songwriter possesses the spellbinding quality held by legends Nick Drake, Leonard Cohen and Elliot Smith: in his music lies a raw introspectiveness that’s difficult not to feel connected to.

‘The Ugliest Girl In The World’ is lifted from Lorentzen’s latest record America. With Lorentzen’s verbalized, percussive beat set against a bare backdrop of swelling piano and reverb-drenched guitar, the track is captivating on all counts. If there’s anything to be said about Lorentzen’s voice, it’s that it exudes a great deal of honesty – every word he sings comes from a place of very real emotion, and ‘The Ugliest Girl In The World’ is one of his best examples. A love song with a twist, Lorentzen’s unconventional lyrics narrate a profoundly authentic romance, one that is deep enough to transcend each other’s flaws: “My girl’s heart is blacker than darkness, and she is the ugliest girl in the world / You never met such a girl, you never knew such a girl could survive but she’s more beautiful than anything in this fucked up and god-forsaken world”.

Check out the music video for ‘The Ugliest Girl In The World’ below:

ALTERNATIVE CONTROL- Jessie May: "America is an album for quiet introspection. Spin it during a quiet moment...." 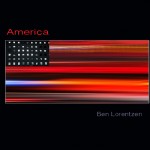 Sparse and delicate, the new album by New Jersey songwriter Ben Lorentzen seeks to create “the defining record of a generation.”  While America might not be anthemic enough to achieve that goal, it does offer many facets to dig into.  Lorentzen is creative in his instrumentation; strings harmonica, piano, and I think even a banjo work their way through the songs.  And look how he makes “percussion” by beatboxing into a loop pedal in ” The Ugliest Girl in the World”:

Not sure if this song is supposed to be flattering…

Other notable tracks are “Heaps of Ashes” and “Wasteland.”  America is an album for quiet introspection.  Spin it during a quiet moment and let Alternative Control know what you think!

THY DEMON SCRIBLINNG - Fiend: “I really can’t recommend this one highly enough to you.”