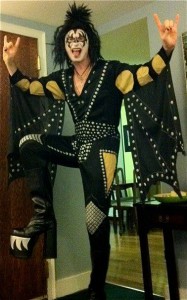 – what I learnt from “Hallelujah” and “Lord of the rings”

This blog post might seem a bit long, but hang in there, I think you will enjoy it, and I got some cool stuff for you at the end.

We all had this feeling: we do our best to keep up appearances because we want the world to see the shiniest, most “royal version” of our selves.

But once we start looking into the deep, dark truthful mirror (excellent song by Elvis Costello), it’s a different story. We wrestle with the demons of insecurity, guilt and blame, among many others, knowing full well that there are plenty of room for self improvements. Some of the greatest songs and stories I know attempts to shine a light on these darker sides of the human spirit.

Two pieces of work comes to mind. Leonard Cohen’s “Hallelujah”, and JRR Tolkien’s “Lord of the Rings”. Here’s what I learnt from them.

Cohen spent years writing “Hallelujah”, and wrote initially more than 80 verses before he condensed it to the version he released in 1984 on his album “Various Positions”. The song is praised by many as one of the best songs ever written (Q-Magazine, Rolling Stone Magazine), although Cohens record label was initially against putting it on the album! It was not an instant hit, but by now, almost 30 years later, it has been covered, recorded and released by a sea of artists, with different interpretations, emphasizing different aspects of the song, from sadness and sexuality to surrender and religious longing. Naming a few. More than 300 versions of the song have been recorded, and more than 5 million copies have been sold.

To me, one of the most interesting things about the lyrics is the undercurrent story of King David’s less than ideal relationship to Bathsheba. It’s a juicy tale, that doesn’t stand back from any episodes of “Game of Thrones” or “Lord of the Rings”.

King David “saw her bathing on the roof” one day and was “overthrown by her beauty”, slept with her and got her pregnant. King David then sent her husband Uriah to die in the ongoing war so that he could marry her. So far so bad. Then prophet Nathan turned up one day and gave him hell for it and the king realized his wrongdoing. But here is the twist:

Bathsheba and Davids son turned out to be Solomon, later to be King Solomon. And he wasn’t just any king, but one of the most respected, most powerful and most successful kings in the jewish history. And here is another twist: he became the forefather of Jesus, whom many call Christ. To them even though he had such a compromised background, and even though he was born out of wedlock, he is regarded a sinless, blameless figure that is held up as an eternal role model at a God-like level.

It seems like kings and holy-ones have plenty of demons to wrestle with. We are not alone in this. But guess what, sometimes it turns out that the most compromised people can change history.

I am of course joined by many in my ongoing admiration for Tolkien’s work; “Lord of the Rings”. It’s just bad ass, pardon my norwegian. The magnitude is staggering, the plot is genius, the story telling impeccable. He based his story on Norse, Germanic, Celtic and Finish mythology, and similar to these myths several shades of the human condition is portrayed. What I find so compelling in Tolkien’s story is how we as readers find ourselves asking the question: “what would I have done if I stumbled upon a ring that gave me such powers? If I could be invisible, what would I do?” Tolkien puts our moral standing to the test and as his different characters show, the answer is not an easy one. Gandalf, the Christ/ Odin like figure dares not wear it… Frodo is asked to carry the ring, and becomes the hero of sorts, but as we know, even he gets corrupted by it in the end, and it is Gollum, the obvious most damaged figure in the story that actually puts the ring to rest and saves Middle Earth. Again, it is a very compromised figure that changes everything.

We go through life and we make all sorts of decisions, some good, some bad. Ever so often we find ourselves at the ultimate low, at rock bottom. The question then is; in that position, can we see ourselves in a different light? That question is described beautifully in both Frodo’s and Gollum’s inner and outer journey and likewise in one of the last verses of Hallelujah:

I did my best, it wasn’t much,
I could not feel, so I tried to touch,
I told the truth I didn’t come to fool ya…
And even though it all went wrong,
I stand before the Lord in song
with nothing on my tongue, but hallelujah

A song praised and sung by many all over the world was initially deemed “not good enough”. A forefather of Christ born out of adultery and murder. A story that has captivated a whole world where the hero turns out to be a thief, a liar and a murderer. The quick-to-judge will say that nothing good can come out of such questionable moral practice as described above, but I sense in “Hallelujah”, in the story of King David, and also in “Lord of the Rings” a call for a broader mind, a more empathetic outlook. “Everyone is at the forefront of their own lives”, as Cohen said, and at any given time there is only one thing to do: keep on moving. And as we struggle with our lot, how about we show a little compassion towards one another? The villain might be the hero at the end.

On a slight different note (very near the end here):

When my wife asked me to perform “Hallelujah” at Manhattan Center in New York, I didn’t think it was a good idea. I thought people would be tired of it after numerous American Idol artists had bled it close to death. She convinced me otherwise, and I must say I was surprised by the reaction from the audience. You can see the performance by clicking the link at the bottom of this page… and yes; if you remember the previous blog post I sent to you, where I described my meeting with Johnny Cash, this is the exact same venue, on the exact same stage!

You might also consider checking out my album ‘America‘. It is my first solo album and it’s full of Acoustic Pop Noir tracks covering many of the same topics discussed above.

Thank you once again for being part of this.